You are here: Home / Consultancy And Project Management / 2014 / March

This is part of the process we performed in order to certify the pitch in line with the artificial hockey pitch performance requirements of BS EN 15330 – Surfaces designed primarily for hockey.

… the pitch passed with flying colours! 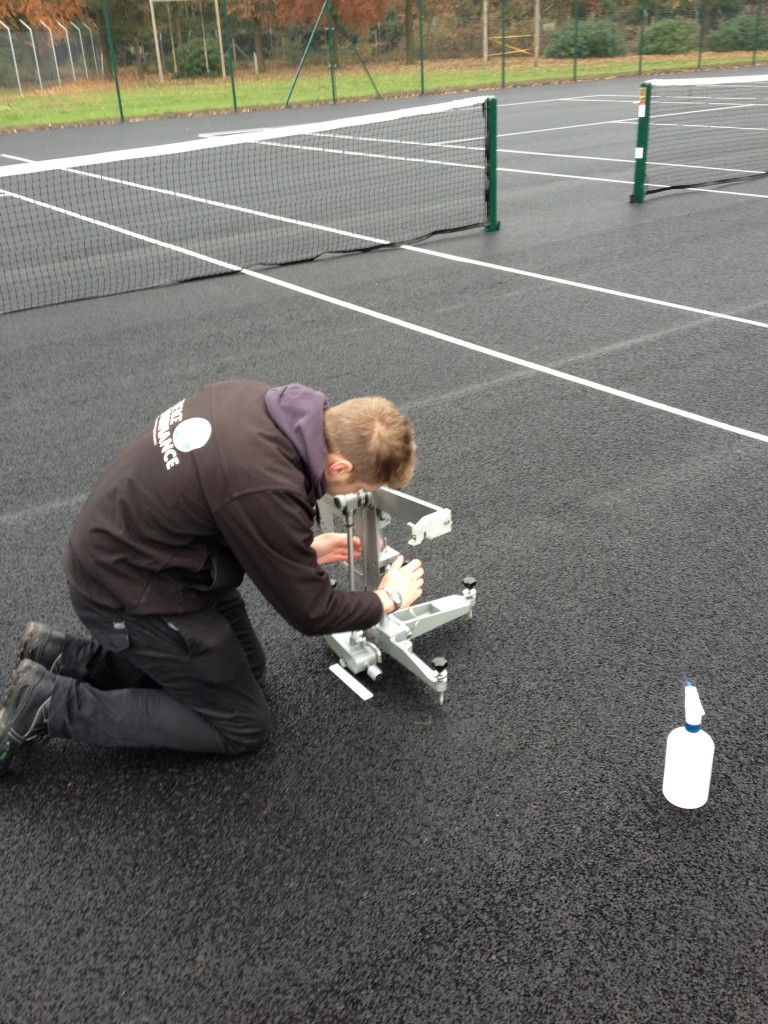 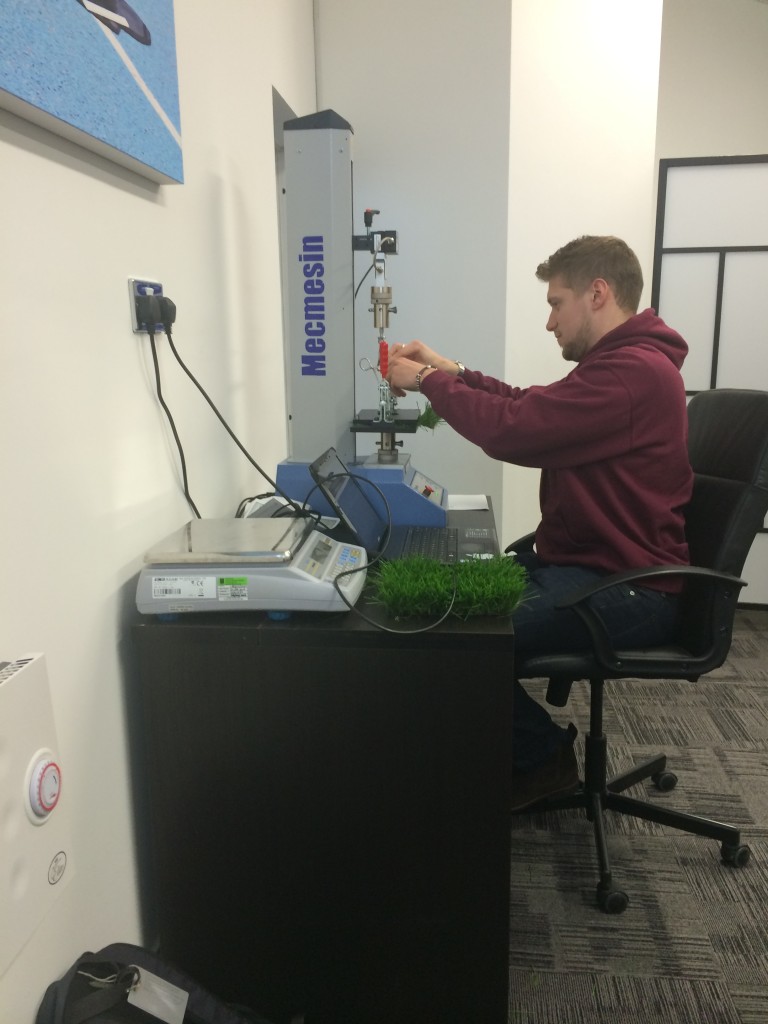 A lovely day to be testing natural sports surfaces this morning at Chelsea FC’s Stamford Bridge…. Hopefully Summer is on its way!!

Surface Performance staff members Callum Reid and Matthew Heptonstall both took place in the 2014 FIFA Round Robin in Glasgow. A busy programme of testing was adhered to over three days by all participating laboratories and all FIFA site testing methods were performed at least once. 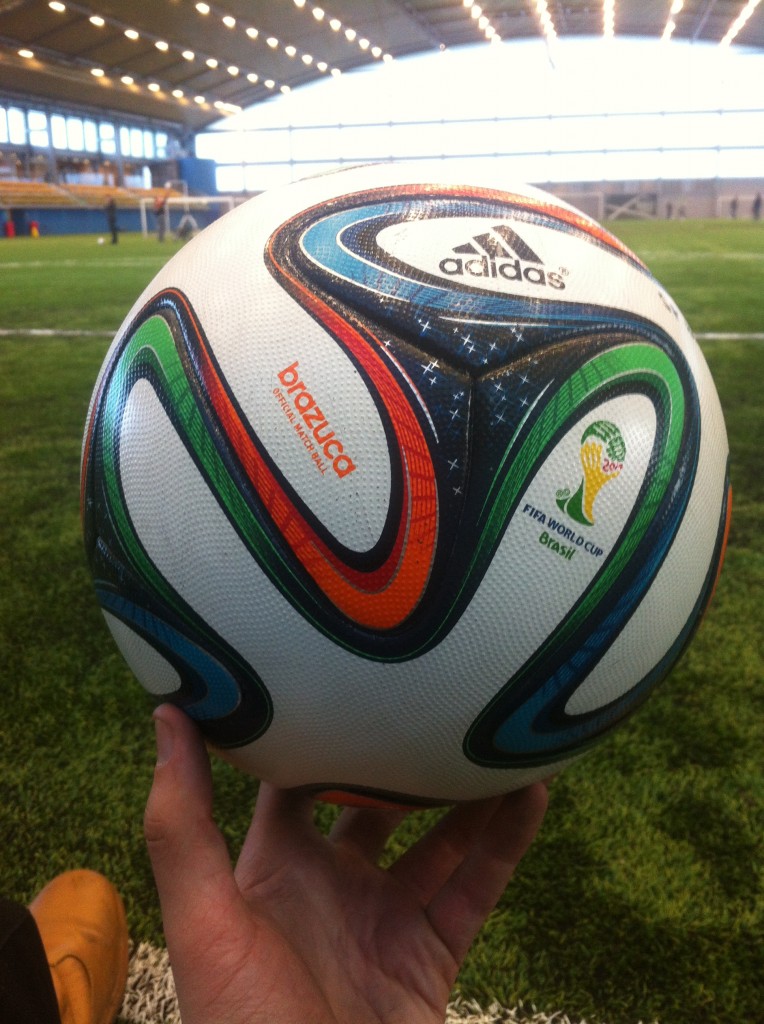